We’re all renegades in some way. Some of us have grown up and stopped doing such things. But some of us continue to be the rascals that we are. That’s why WiFi Cracker Software were created. It’s especially designed for you, me and everyone else who thinks a free WiFi should be the norm.

Features of a Wifi Hacking Software

You can think of a Wifi Hacking Software as one of the Wi-Fi Tools that people use. It lets you hop on board and enjoy the benefits of a free connection. You’d be free-loading, but that’s not a bad thing, right? As the saying goes, the best things in life are free and that includes the Internet. Here are the features that make Wifi Hacking Software so good at being bad: 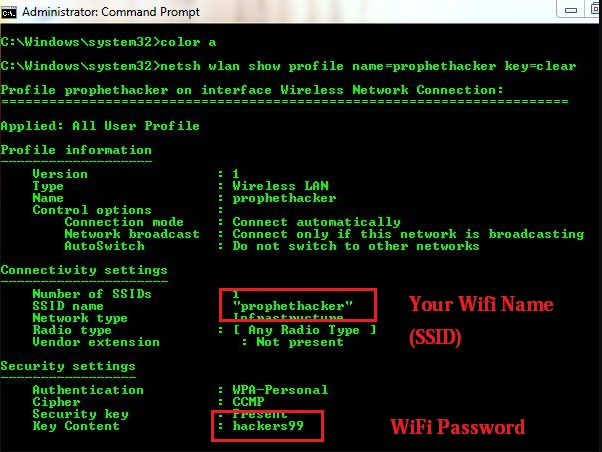 Benefits of a Wifi Hacking Software

A Wifi Hacking Software isn’t a bad program. Most people would overreact once they know that one of their friends is using it. They’d get prejudiced and would either give a good or bad comment about what they’re doing. But regardless of what they say, you have your reasons for doing what you do.

To be perfectly honest, having a software that can hack a WiFi network is quite handy.

Using this type of software doesn’t make you a bad person. It would all depend on how you use it. As what Uncle Ben told Peter Parker “With great power, comes great responsibility.” You hold the master key and it is up to you to use it responsibly, or recklessly. You may be invisible to a Wireless Monitoring Software, but your conscience would see right through you.

For every people living in a peace and modern society, it is hard to imagine the life without network. Unlike the recovery of saved WiFi password, it is much more difficult to find the password of a new WiFi. Consequently, WiFi hacker apps for PC are urgently needed when there is an issue with your own network, such as connectivity problems or poor network transmitted by the service provider. In this tutorial, you will learn the best WiFi password hackers for PC.

The Need for Hacking WiFi on PC

Life becomes miserable when one finds out that the WiFi is not working. Although the PC is showing other secured WiFi networks, they are often password protected. It is indeed annoying when there is an urgent task to be finished. That’s why people need to hack WiFi password.

However, despite of the legitimacy, it is also not safe to hack random WiFi networks. If you decide to try the following WiFi hackers, please be cautious and take your own risk. In case accidents happen which cause file loss on your computer, remember to use a file recovery software to get the data back as soon as possible.

1. AirCrack – Best WiFi Hacker for PC Running on All OSs

AirCrack is an old-branded WiFi hacking software. This WiFi hacking software is programmed in “C” language and can be used for monitoring, cracking or attacking other WiFi networks after capturing the data packets. One can get an online tutorial from the company and learn the tricks more efficiently.
Once the packet data are captured, it recovers the passwords of the WiFi networks and connects your PC to it. It works on Windows, Mac, and Linux platforms. With this WiFi hacker software, it is effortless to crack into WiFi networks.

For any business organization or individual who is sniffing something going wrong with the WiFi network, then it is time to check it without delay before the hackers obtain much critical information. Here is a handy tool for expert users who know what is going on through the complicated data.

WireShark allows users to analyze the protocol and take corrective steps. This software is not only for hacking but also protecting your WiFi network. You can capture the activities going behind the scene and analyze them before taking safety measures. It checks the data at micro levels on Windows and Linux computers.

Fern WiFi Cracker is a wireless security auditing and attack software. It works effectively for analyzing the WiFi network and crack WEP/WPA/WPS keys. The program also runs other network-based attacks on wireless or ethernet based networks. It is best for Linux computer.

It is disconcerting not to connect to your WiFi network due to poor signal but find many other available networks which are secured and password protected. If you are thinking to get the password of other networks and connect your PC to that WiFi network, then Cain and Abel is the best WiFi hacker for you.

It not only allows hacking the WiFi networks of others, but also allows recording VoIP conversations, getting cache data, decoding scrambled passwords. If you are an ethical hacker, then you can also get hold of the routing protocols. It works with Windows PC.

When you know the real strength of your WiFi security, you may find it necessary to enhance it. Reaver is a perfect option to verify the status of a WiFi network. It is an open-source and free WiFi hacker which adopts brute force attack against WPS PIN to find WPA/WPA2 passwords.

Reaver is designed for Linux computers, and it really works great for hacking most current routers.

AirSnort has been out of update for a long time, but it is trusted by many reviewers. It was regarded as the best software that cracks the WLAN encryption and enables one to hack into other networks without letting the owners know. It is free to use and works on Windows and Linux computers.

The software is straightforward and easy to use. With it, you can crack the WEP keys without any bottlenecks and hack other secured WiFi connections.

There are quite a lot of options if you search for WiFi hacker online on any search engines. However, we prefer not to recommend any of them because it is not as safe as the above local apps for both you and the owner of the target WiFi. It is up to you whether to take this resort and the risk or not.

With the above WiFi hacking apps, people can find the WiFi password of the WiFi networks that they have no access to. The apps can also work for testing the security status of your own WiFi network. However, before using the software, the legality of using them should be judged so that no country-specific legal problems arise. Feel free to share with us your opinions and experience.