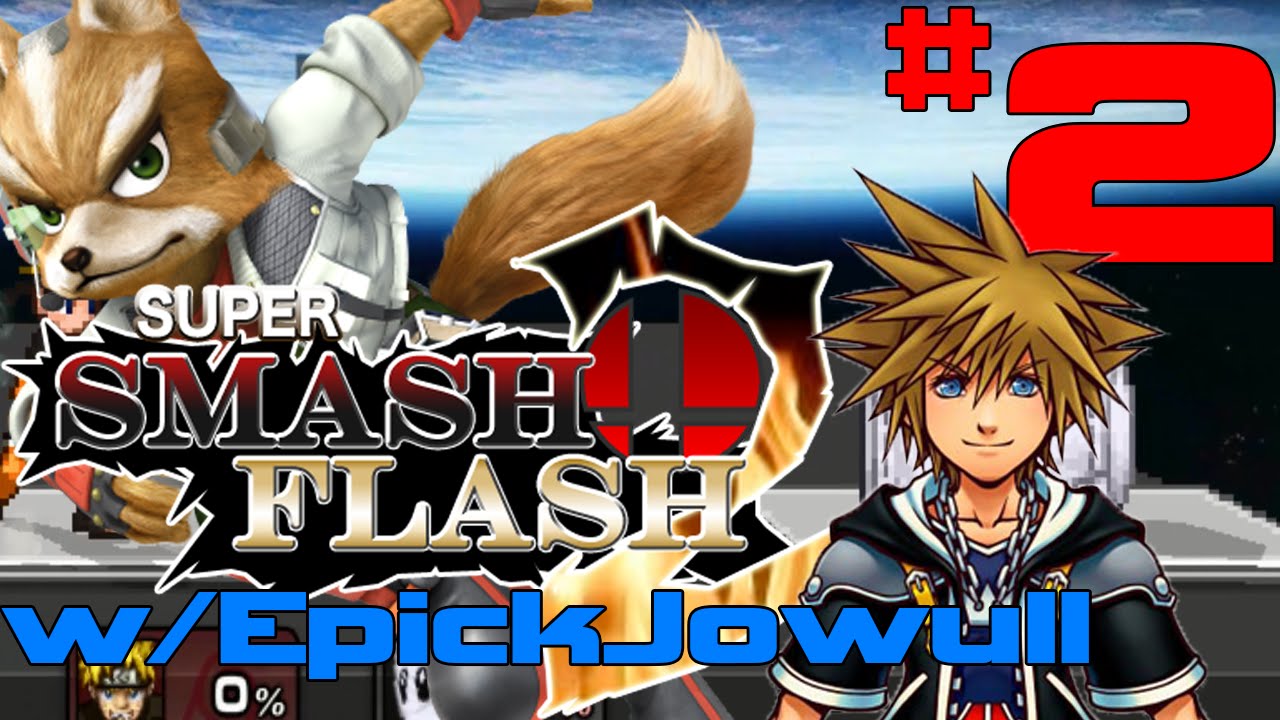 Super Smash Flash 2 1.0.3 Beta is here! It's time to fight with the iconic Nintendo characters, the most powerful warriors from anime universes, and heroes of games from Sega, Capcom, and Bandai. Developed by McLeod Gaming, it's a continuation of the famous Super Smash Flash and one of the largest Flash games ever made. Join the fight in Super Smash Flash 2 and show your skills in many arenas and game modes, where you'll meet a huge number of familiar opponents!

The game includes many exciting game modes for both singleplayer and multiplayer experiences. In the Solo section, you'll find challenges designed for one player. In the Classic mode, you'll fight with various opponents one by one. Every next opponent is getting harder, so don't be surprised! Events are custom scenarios in which you'll find various challenges often referring to Nintendo games. A stadium is a place where you can test your skills in various competitions. If you need some practice, in the Solo section you'll also find an extensive Training mode in which you can learn the moves of all characters. The Group section includes game modes in which you can play both alone and with up to 3 friends on one PC. In addition to the classic battles, you'll find here many exciting options or take part in fun competitions and play a great football or basketball match.

The gameplay in Super Smash Flash 2 is very similar to the official Super Smash Bros. games. It's quite simple, but it may take a while to master all controls and mechanics as it isn't a typical fighting game. The character's health bar has been replaced by a damage percentage counter which increases its value when damage is taken. The more percentages, the easier it's to knock out a character out of the stage, and that's the main goal of every match. Each character can perform deadly combos that you'll discover by yourself during the game. From time to time you'll notice new items that you can pick up and gain an edge in the battle. Use them wisely because they can also work against you! Your hero can move in all directions using WSAD (including a double jump WW), attack in melee range ( O ) and from a distance ( P ), block attacks ( I ), and finally grab and throw the opponents ( U ). Note that you can set up your key bindings for up to 4 players in the game's options.

Goku appears in the game as one of several anime representatives. In addition to our Saiyan, you can also play as Naruto, Ichigo, or Luffy. Next to them is a whole army of Nintendo characters such as Pikachu from Pokemon, Link from The Legend of Zelda, Mario, Luigi, Peach, Bowser, Wario, and even Donkey Kong. There are also some characters from Sega, Capcom, and Bandai: Sonic, Tail, Mega-Man, and Pac-Man. By choosing from 37 heroes, you'll find here your favorite ones. During the fight, support characters may also come to help you gain an advantage. The game also includes few hidden playable characters which you can unlock by beating different game modes.

How to play online?

You can also play with other players from around the world. All you need is to create an account here and then log in to the in-game Online Lobby.

View Changelog Here
(For past versions of the game, visit the archives page. )