Siemens has released SIMATIC STEP 7 version 5.6 with support Windows 10. This programming software for the controller families S7-300, S7-400, C7 and WinAC. Even the basic version of SIMATIC STEP 7 gives you easy access to the full potential of Siemens’ controllers. STEP 7 Professional opens even more possibilities thanks to a wide selection of program editors.

With its vast array of easy-to-use functions, the STEP 7 software significantly boosts efficiency in all of your automation tasks. Whether for configuring hardware, establishing communications, programming, testing, commissioning and service, documentation and archiving, or operational and/or diagnostic functions, the software sets the benchmark in its field.

Siemens is a global powerhouse focusing on the areas of electrification, automation and digitalization. One of the world’s largest producers of energy-efficient, resource-saving technologies, Siemens is a leading supplier of systems for power generation and transmission as well as medical diagnosis. In infrastructure and industry solutions the company plays a pioneering role. 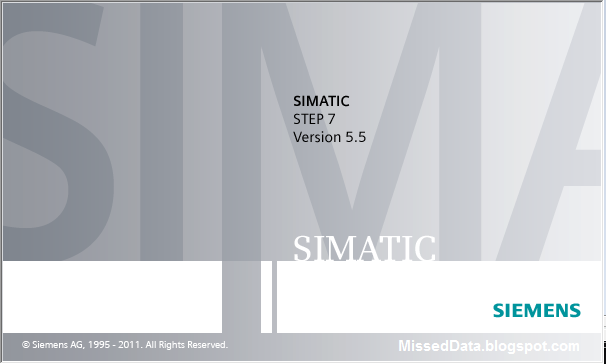 Crack link on the end of the page

This video shows how to use EKB installer in order to activate correctly Simatic Manager Step 7 v5.5 Liciense

SIMATIC is a series of programmable logic controller and automation systems, developed by Siemens. Introduced in 1958, the series has gone through four major generations, the latest being the Simatic S7 generation. The series is intended for industrial automation and production.

The name Simatic is a registered trademark of Siemens. It is a portmanteau of “Siemens” and “Automatic”.

As with other programmable logic controllers, Simatic devices are intended to separate the control of a machine from the machine's direct operation, in a more lightweight and versatile manner than controls hard-wired for a specific machine. Early Simatic devices were transistor-based, intended to replace relays attached and customized to a specific machine. Microprocessors were introduced in 1973, allowing programs similar to those on general-purpose digital computers to be stored and used for machine control. Simatic devices have input and output modules to connect with controlled machines. The programs on the Simatic devices respond in real time to inputs from sensors on the controlled machines, and send output signals to actuators on the machines that directing their subsequent operation.

Depending on the device and its connection modules, signals may be a simple binary value ('high' or 'low') or more complex. For example, a binary input going from a thermometer on a machine to a Simatic device might have the following meanings:

Based on this input, and other factors, the program on the Simatic device might send a binary output signal to the same machine with the following meanings:

More complex inputs, outputs, and calculations were also supported as the Simatic line developed. For example, the Simatic 505 could handle floating point quantities and trigonometric functions.

The S5 line was sold in 90U, 95U, 101U, 100U, 105, 110, 115,115U, 135U, and 155U chassis styles. The higher the number (except for the 101U), the more sophisticated and more expensive the system was. Within each chassis style, several CPUs were available, with varying speed, memory, and capabilities. Some systems provided redundant CPU operation for ultra-high-reliability control, as used in pharmaceutical manufacturing, for example.

Each chassis consisted of a power supply, and a backplane with slots for the addition of various option boards. Available options included serial and Ethernet communications, digital input and output cards, analog signal processing boards, counter cards, and other specialized interface and function modules.

The S5 product line was usually programmed with a PC based software programming tool called STEP 5. STEP 5 was used for programming, testing, and commissioning, and for documentation of programs for S5 PLCs.

In addition to STEP 5, Siemens offered a proprietary State logic programming package called Graph5. Graph5 is a sequential programming language intended for use on machines that normally run through a series of discrete steps. It simulates a State machine on the S5 platform.

Several third-party programming environments were released for the S5. Most closely emulated STEP 5, some adding macros and other minor enhancements, others functioning drastically differently from STEP 5. One allowed STEP 5 programs to be cross-compiled to and from the C programming language and BASIC.

STEP 5 allowed the creation of structured or unstructured programming, from simple AND/OR operations up to complex subroutines. A STEP 5 program may, therefore, contain thousands of statements.

STEP 5 programs can be represented in three different ways:

Absolute or symbolic designations can be used for operands with all three methods of representation.

In LAD and FBD complex functions and function block calls can be entered via function keys. They are displayed on the screen as graphical symbols.

There are several program editors, from either genuine Siemens, or from other suppliers. After Siemens discontinued support, other suppliers started to develop new STEP 5 version which can run on Windows XP, or Windows 7.

Five types of blocks are available:

Some S5 PLCs also have block types FX (Extended Function Blocks), and DX(Extended Data Blocks); these are not distinct block types, but rather are another set of available blocks due to the CPU having more memory and addressing space.