'For generations, Pokémon have suffered at the hands of their cruel trainers. Help PETA free Pikachu and his Pokémon friends as they struggle for Pokémon liberation!'

Pokémon Black & Blue is a Dark Parody of Pokémon by the People for the Ethical Treatment of Animals (PETA). It's a short Adobe Flash game loosely based on the then-newest title, Pokémon Black 2 and White 2, with elements of the anime sprinkled about.

You play as a Pikachu who ran away from his trainer. Along your journey you fight various humans and recruit abused Pokémon to join your party.

Like all of PETA's games, it's an Author Tract on animal welfare and animal rights using Pokémon as its backdrop.

In 2013, a sequel titled Pokémon Red, White & Blue was released, which had Pikachu team up with a Miltank, a Jigglypuff, and Grimace to fight against the evils of McDonald's.

Both games are available on the games section of PETA's official website, with Black & Bluehere and Red, White & Bluehere.

Tropes pertaining to Black & Blue include: 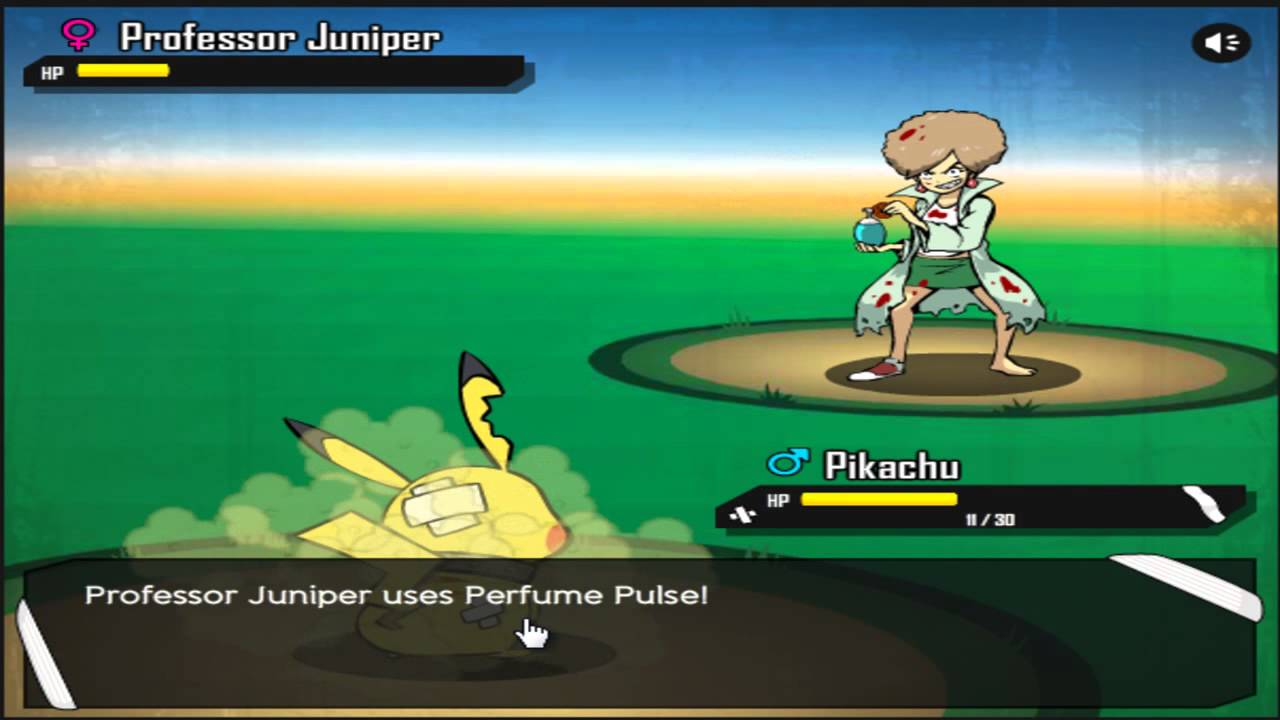