Android 9 (API level 28) introduces a number of changes to the Android system.The following behavior changes apply exclusively to apps that are targetingAPI level 28 or higher. Apps that set targetSdkVersion to API level 28 orhigher must modifytheir apps to support these behaviors properly, where applicable to the app.

App Crash on Android P or Android 6.0 above due to lack of org, Adding the org.apache.http.legacy package from the android-sdk platforms android-23 Apps that target Android 9 or higher and use foreground services must Google allows you to still use this API, just not as a built in one, by adding this line to the gradle file: useLibrary 'org.apache.http.legacy' So, this is what I did. Android 6.0 release removes support for the Apache HTTP client. If your app is using this client and targets Android 2.3 (API level 9) or higher, use the HttpURLConnection class instead. This API is more efficient because it reduces network use through transparent compression and response caching, and minimizes power consumption.

For changes that affect all apps running on Android 9, regardless of which APIlevel they target, seeBehavior changes: all apps.

Apps that target Android 9 or higher and use foreground services must requestthe FOREGROUND_SERVICEpermission. This is a normal permission,so the system automatically grants it to the requesting app.

If an app that targets Android 9 or higher attempts to create a foreground service withoutrequesting FOREGROUND_SERVICE,the system throws a SecurityException.

If your app targets Android 9, you should keep the followingbehavior changes in mind. These updates to device serial and DNS informationenhance user privacy.

If your app needs to access a device's hardware serial number, you shouldinstead request theREAD_PHONE_STATEpermission, then callgetSerial().

Apps targeting Android 9 should honor the private DNS APIs. In particular,apps should ensure that, if the system resolver is doing DNS-over-TLS, anybuilt-in DNS client either uses encrypted DNS to the same hostname as thesystem, or is disabled in favor of the system resolver.

Android 9 includes several behavior changes that improve yourapp's security, but these changes take effect only if your app targets API level28 or higher.

In most cases, your app should use classes from theandroid.webkit package, suchas WebView andCookieManager, in only oneprocess. For example, you should move allActivity objects that use a WebViewinto the same process. You can more strictly enforce the 'one process only' ruleby callingdisableWebView() inyour app's other processes. This call prevents WebView from being initializedin those other processes by mistake, even if it's being called from a dependentlibrary.

If your app must use instances ofWebView in more than one process,you must assign a unique data directory suffix for each process, using theWebView.setDataDirectorySuffix()method, before using a given instance of WebView in that process. This methodplaces web data from each process in its own directory within your app's datadirectory.

Note: Even if you use setDataDirectorySuffix(), the system doesn't sharecookies and other web data across your app's process boundaries. If multipleprocesses in your app need access to the same web data, you need to copy itbetween those processes yourself. For example, you can callgetCookie()andsetCookie()to manually transfer cookie data from one process to another.

Apps that target Android 9 or higher cannot share data with other apps usingworld-accessible Unix permissions. This change improves the integrity of theAndroid Application Sandbox,particularly the requirement that an app'sprivate data is accessibleonly by that app.

To share files with other apps, use a contentprovider.

Within apps that target Android 9 or higher, the system countsnetwork traffic on networksthat aren't the current default—such as cell traffic while the device is onWi-Fi—and provides methods in theNetworkStatsManagerclass to query for that traffic.

In particular,getMultipathPreference()now returns a value based on the aforementioned network traffic. Beginning withAndroid 9, the method returns true for cell data, but when more than a certain amount oftraffic accumulates in a day, it starts returning false. Apps running onAndroid 9 must call the method and honor this hint.

The ConnectivityManager.NetworkCallbackclass now sends information about VPNs to apps. This change makes it much easierfor apps to listen for connectivity events without having to mix synchronous andasynchronous calls and using limited APIs. Additionally, it means thatinformation transfer works as expected when a device is connected to multipleWi-Fi networks or multiple cell networks simultaneously.

With Android 6.0,we removed support for the Apache HTTP client.Beginning with Android 9, that library is removed from thebootclasspath and is not available to apps by default.

To continue using the Apache HTTP client, apps that target Android 9 and abovecan add the following to their AndroidManifest.xml:

Note: The android:required='false' attribute is required for apps that have aminimum SDK of 23 or lower, because on devices with API levels lower than 24,the org.apache.http.legacy library is not available. (On those devices, theApache HTTP classes are available on the bootclasspath.)

As an alternative to using the runtime Apache library, apps can bundle theirown version of the org.apache.http library in their APK. If you do this,you must repackage the library (with a utility likeJar Jar) to avoid class compatibility issueswith the classes provided in the runtime.

Views with 0 area (either a width or a height is 0) are no longer focusable.

Additionally, activities no longer implicitly assign initial focus intouch-mode. Instead, it is up to you to explicitly request initial focus, ifdesired. 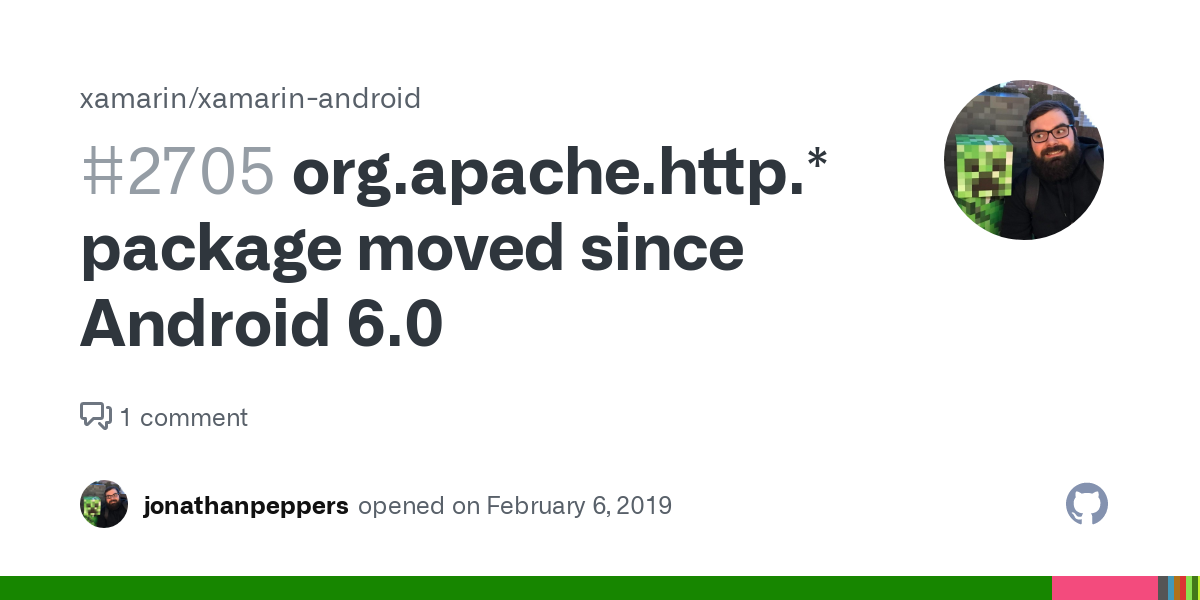 CSS Color Module Level 4has been supported by Chrome since release 52, butWebView currently disables the featurebecause existing Android applications were found to contain 32 bit hex colorsin the Android ordering (ARGB), which would cause rendering errors.

For example, the color #80ff8080 is currently rendered inWebView as opaquelight red (#ff8080) for apps targeting API levels 27 or lower. The leadingcomponent (which would be interpreted by Android as the alpha component) iscurrently ignored. If an app targets API level 28 or higher, #80ff8080 isinterpreted as 50% transparent light green (#80ff80). 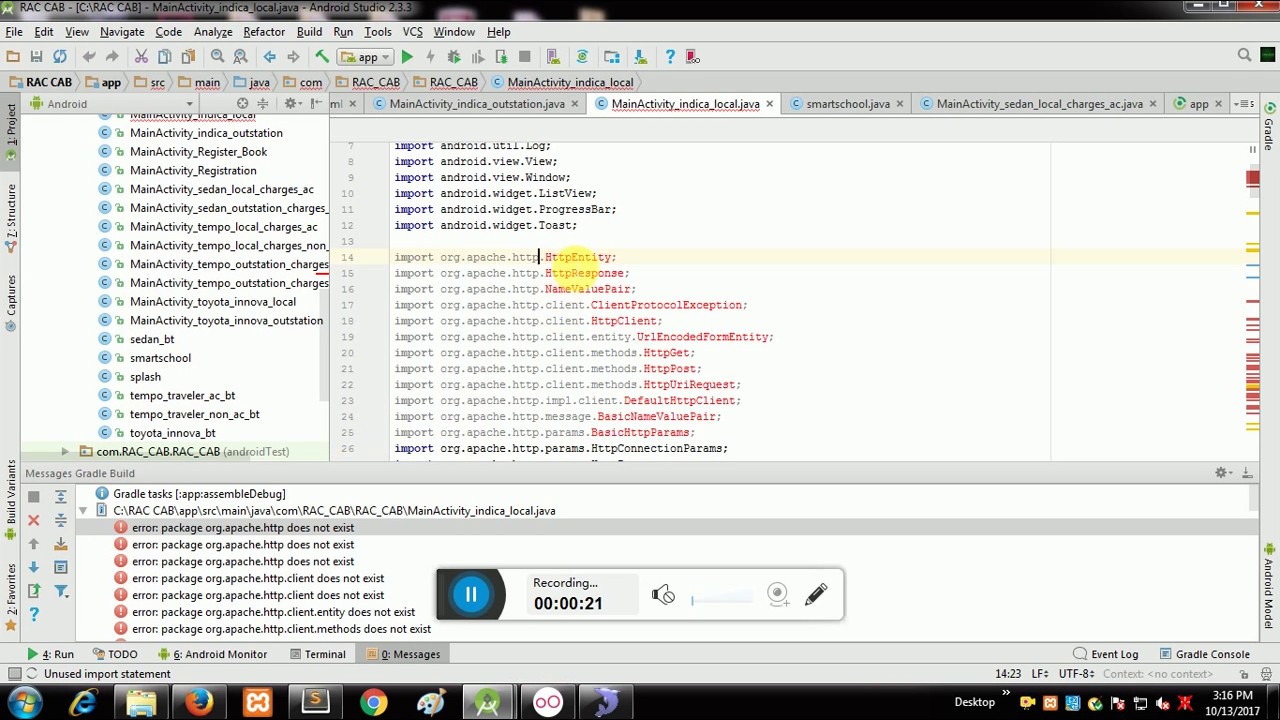 Android versions earlier than Android 9 could infer MIME types from the filecontents. Starting with Android 9 (API level 28) apps must use thecorrect file extension when loading file: URIs in aWebView.

Using the file contents to infer MIME types can be a source of security bugs,and this is not generally permitted by modern browsers.