As you may have noticed, I’ve been spending a lot of time in the land of Zune, which prompts this message from reader Terry O’Leary:

Thank you for your article on the experience of hooking up a Zune to a PC. However, I am more interested in how well it hooks up to a Macintosh. Am I supposed to buy a new computer if I want to hook up a Zune?

My iPod nano works fine with my 5 year old Mac. It works slowly on the built in USB 1.1 port and quite speedily on my generic USB 2.0 PCI card. The PCI card cost me all of $10.

In your case the answer is yes, you need to buy another computer. The Zune requires a computer that runs Windows and, sadly, your Mac can’t—or, at least, it can’t in any reasonable way (and no, I don’t count Microsoft’s Virtual PC as “reasonable”).

Should you get a new computer, that computer can still be a Mac, however. If you install Boot Camp on an Intel Mac you can indeed use a Zune with it. The Zune software and player will treat your Mac running Windows XP just like a living, breathing Windows PC.

It won’t, however, work with Parallels Desktop for Mac. I tried and while the Zune software installed perfectly well (or, if you’ve read my take on the Zune’s software, as well as it can), when you connect the Zune to the Mac’s USB port, Windows can’t see it. Parallels is aware of its existence as it appears in the program’s list of attached USB devices. But when you select the Zune in that list in an attempt to mount it on the PC, Parallels tells you that it’s in use by another process and can’t be used. (And no, waiting the 5 – 10 seconds and trying again, as recommended by Parallels, doesn’t help.)

To be fair, it appears that Windows-inside-Parallels is no better with other music players designed to work with Windows only. I attempted to attach a SanDisk Sansa e280R to my Mac Pro running Parallels and it too was missing in action as far as Windows was concerned. It worked just fine, however, when I booted the Mac Pro into the Boot Camp version of Windows.

Hours before Apple Inc. is expected to introduce new iPods at a special event in San Francisco, rival Microsoft Corp. has announced that it is dropping the retail price of its 30GB Zune music player to $200.

'It's part of the normal product lifecycle, something weâ€™ve had on the books for months,' wrote Microsoft's Cesar Menendez. 'We just got some research back and customer satisfaction with the 30GB device is really high (around 94 percent) and we expect even more consumers will now want to discover the Zune experience at the new lower price.'

The price drop comes shortly after Mindy Mount, the corporate vice president and CFO of Microsoft's entertainment and device division, said that she grades the Zune a 'B-' in its current state, noting that the player is doing well, saleswise, for 'a product out in less than a year and a half,' but that the company is still developing the brand and trying to expand its identity.

It's widely expected that Apple will use its 'Beat Goes On' media event later this afternoon to usher in a new breed of Mac OS X-based iPods that with again broaden the gap between the Apple and Microsoft players. 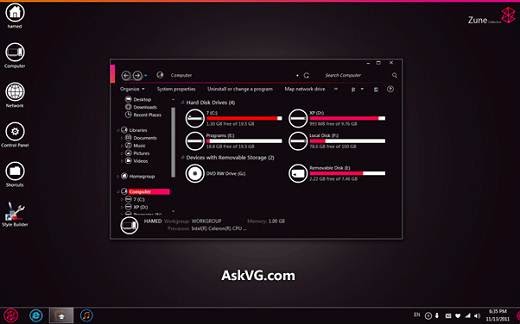 AppleInsider has affiliate partnerships and may earn commission on products purchased through affiliate links. These partnerships do not influence our editorial content.