What this game is is just simply a monopoly game based on the DoraemonAnime. There is no plot, maybe except that the characters from the Anime compete each other to win. Like monopoly, you buy land and build on it and people pay you rent if they step on your property. What’s different from other monopoly-based games is that instead of using cash, Japanese red bean buns are used as currency in the world of Doraemon. In addition, you can use a wide variety of Doraemon items (most of them have appeared in the Anime at least once) to your advantage. You also have a series of game fields to choose from, and all of these environments appear in the Anime as well. Throughout the course of the game, you will be able to play some or all of the 8 mini-games where at the same time the players compete with each other to win that mini-game. 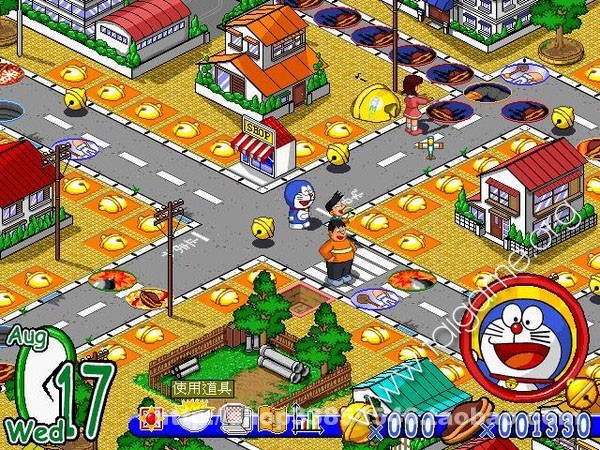 Please check all Links before Downloading