So, in this post I bring to you the direct links to the ISO image of the Championship Manager 01/02.

Remember that today it is totally legal to download the game, as it was released in 2009 by Eidos, the company that developed it.

I also bring an alternative download containing an updated version that does not bother you with Insert CD.

About the Championship Manager

It was released for Microsoft Windows in October 2001, and for Mac in November 2001. It was later released on Xbox in April 2002.

And the best part is that the game was released as freeware in 2008.

CM0102 allowed players to take charge of any club in one of around 100 leagues across 27 countries, with responsibility for tactics and signings.

As mentioned above, below instructions to download Championship Manager 01/02.

Click here to download the game. You’ll open a new window by redirecting it to the Google Drive page as shown;

When you open the page, just click the Downloadbutton anyway and that’s it!

In a moment you will be downloading ISO file Championship Manager 01/02.

The GS Mod is a patch that modifies some structures in the game, mainly competitions, with a greater focus for the Brazilian league. 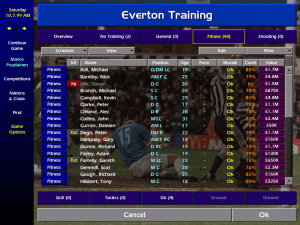 In it, the Brazilian Championship has the format exactly the same as the current, with 20 clubs and in round-robin system, Copa Libertadores has a calendar similar to the current, The FIFA Club World Cup has a format very similar to 2020, there is the addition of the 4th division in Brazil (although not with the actual format) and many other things!

Many flaws of the original game are also fixed, as well as bringing new playable leagues!

Unfortunately the level of editing capacity in this game is still limited, so even if it is possible to do all this, it is also not possible to make a Copa Sulamericana with a real format, as well as the UEFA competitions (Champions and Europa League) and some state competitions in Brazil.

See more at this link =>CM0102 All updated! Including competitions, bugs fixed…